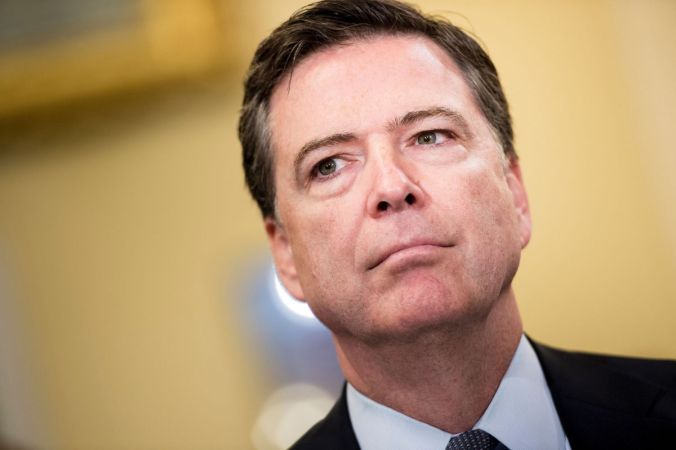 Now that the dust has settled from the long-anticipated Jim Comey testimony, I have had some time to reflect on it. The former FBI director presented himself in earnest fashion and continued his “aw shucks, I did my best” boy-scout routine for which he is well known. Overall there were no bombshells, despite what the pop media claims. There was some confirmation and a whole lot of innuendo (Something at which Jimmy excels and uses masterfully). The most important moment, I believe, is his explanation for why he began writing memos: the first meeting with Trump. Everything that came after this is merely a detail, since that first conversation set the tone for whatever followed. I tend to look at history and human interaction as one long chemical reaction, so this meeting was a catalyzing moment in which the collection of elements that is Comey reacted with the collection of elements that is Trump. Metaphors aside, (God knows Comey loves those) we only received the account of the catalyzing moment from one perspective, which makes Comey our narrator. The natural question to follow is: how reliable is our narrator in this case? What assumptions did he bring into that catalyzing moment? I think Comey brought in a set of preconceived notions about Trump which tainted their relationship from the start.

In order to explain this, let me draw our attention back to an unexpected place: the Gizmodo article about Comey’s secret twitter account from March of this year. In the article Ashley Feinberg discovers that Comey’s account bears the name Reinhold Niebuhr. She partially deduces this because Comey wrote about the left-leaning theologian and political scientist in college. Clearly Jim is a fan. From this we can conclude that Comey has read Niebuhr somewhat extensively, including his work The Children of Light and The Children of Darkness. Perhaps he has not read the work, but that would be very unlikely given that the writer was the subject of his senior thesis.

This book by Niebuhr is very important to understanding Comey’s view of Trump leading up to the moment of their first meeting. In the work, Niebuhr places historical figures into to two camps. The children of light tend to be naïve and moral proponents of democracy and order based on equity and justice, while children of darkness are cynical, wise in a worldly sense, and understand politics through the lens of power. Niebuhr writes in the first chapter:

Through this framing, Comey likely saw Trump as one of these children of darkness. If that is not enough, then here is more from the New Yorker on Comey’s intellectual history:

Comey considered Niebuhr, however, to be an intellectual giant, one of “the world’s greatest moral and political theologians.” He concurred with Niebuhr that Christians were “essential to the political order,” and that a life led in emulation of Jesus was one “guided by the impossible norm of love,” and that such an existence placed “political institutions under greater possibilities.”

Clearly Comey took his Niebuhr lens with him into politics. When faced with a child of darkness (as he saw Trump) in that first meeting, his immediate instinct was to begin making memos in the expectation that Trump would cynically attempt to pressure him into unethical situations. His “gut feeling”, as he describes in the testimony, is clearly taken from the Niebuhr paradigm which he applied to his own political life. Trump, in his mind, was an unequivocal child of darkness. Why would he not think so? Niebuhr writes:

Those who believe that self-interest should be brought under the discipline of a higher law could then be termed “the children of light.” This is no mere arbitrary device; for evil is always the assertion of some self-interest without regard to the whole, whether the whole be conceived as the immediate community, or the total community of mankind, or the total order of the world.

Comey likely saw Trump’s populist, nationalist message during the campaign as a threat to the global order of mankind, coming from a person who had amassed great wealth through this same dreaded self-interest. In his mind he was a child of light struggling against a child of darkness who had gained power and intended to bend it to his own will wherever possible.

This theoretical mindset of Comey’s explains his behavior in opposing Trump from the first meeting and making contingencies at the first whiff of Trump exerting cynical power. This also means that Comey was likely over-sensitive to anything that could fit the light-darkness dichotomy set up in his mind. I believe this makes Comey somewhat unreliable when it comes to gauging Trump. I think he overcorrected in reaction to a Niebuhr strawman that he had already developed in his mind, causing him to exaggerate intent and omit qualifying language that may have been used. Obviously this is all speculation, but the lack of any real evidence of collusion or obstruction leaves the burden of proof on Comey to justify his leaking the memos and implying that Trump is dishonest. In fact, it makes more sense that Comey fell victim to something he voiced previously. Back to the New Yorker article:

At the same time, Comey noted, Niebuhr recognized that it could be dangerous for a politician to see himself as a moral beacon. “The pretensions of virtue are as offensive to God as the pretensions of power,” Niebuhr said. Earlier this year, Comey, speaking at the University of Texas, echoed Niebuhr’s warning, saying, “John Adams once said to Thomas Jefferson, in one of the great letter exchanges, ‘Power always thinks it has a great soul.’ There’s great danger that I will fall in love with my own virtue.”

I think it is certainly possible that this framing describes Comey’s reactions to Trump and subsequent testimony. The only question is whether Comey has fallen so in love with his own perceived virtue that he is willing to violate it for his own cause.