This got my goat the other day.

Maybe it was because my sister sported dreads for a time. For the record, I was against this style choice (the ex’s opposition was based on opposition to cultural appropriation, mine from a sense of aesthetic and biology as her hair wasn’t wired for it).  But if anyone gave her crap for it, I’d give them what for.

The meme above doesn’t make sense at a number of levels, and frankly, the creator undermines him or herself. END_OF_DOCUMENT_TOKEN_TO_BE_REPLACED

By all means, let’s have more of this.

Game of Thrones has created its fair share of controversy, but the strong cast of female characters gives it sufficient cover from the Social Justice Warriors (SJWs). For the record, I found the first season of the show compelling, but with the exception of last season, I’ve found the show pretty boring as characters say and do the same things over and over again.

But really, did you think GoT could escape the SJWs completely? De Tocqueville wrote that one of the main attributes of a democracy is the incessant desire for equality. And the closer and closer you get to equality the more shrill the proclamations against microscopically real and perceived inequalities become.  So the complaint: there isn’t enough rape in GoT—that is, male rape. This is ridiculous and indicative of the SJWs boorish style of criticism.

As reported by the Libertarian Republic:

END_OF_DOCUMENT_TOKEN_TO_BE_REPLACED 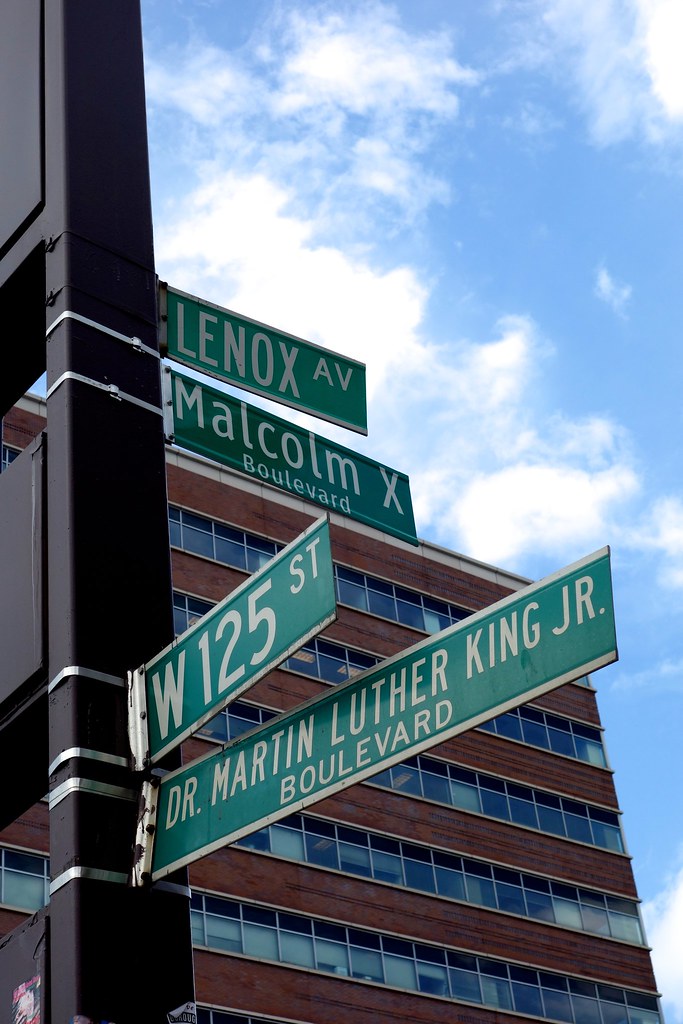 I have taught AP English Language and Composition for three years now. I always run a comparison between Malcolm X’s “Ballot and the Bullet” and MLK’s “Letter from a Birmingham Jail.” They are both remarkable pieces and highlight the assimilationist v. separatist approaches to America’s cultural and racial problems.

Malcolm X’s piece is a treat to read. It is full of invective (those damn “crackers!”) and defiance. The anger is palpable. Rhetorically he pulls no punches. The black man has gotten a raw deal for too long. The whites have given him window dressing rights. Fuck the police. The relationship is irreconcilable—probably. The choice (bullets or the ballot?) haunts the speech. There is much that resonates with the current atmosphere especially in light of events in Dallas.

END_OF_DOCUMENT_TOKEN_TO_BE_REPLACED

Vice, that paragon of all things moronically millennial, recently published a piece arguing that since older people will have to live less than younger people with the consequences of their voting decisions, their votes should count for less. This is not only anti-democratic, but it is ageist, arrogant, and privileges the youth over the youth-less.

First off, it’s true that the elderly constitute a special interest group with their own concerns (healthcare, etc.) and tend to vote in a certain way to benefit themselves. But this is nothing unique: younger people also vote their interests (education costs etc.). Self-interest is normal in a democracy and is not the basis for disqualification. Further, let us not be hasty and assume that every vote is driven by self-interest in a purely monetary fashion. There are some things more important than cash, and the Brexit vote is a good example of that. The UK will take some sort of a hit financially in the short run, but apparently the majority of voters thought this a reasonable price to pay for wrenching their national sovereignty out of the hands of Brussels and improving their border security.  END_OF_DOCUMENT_TOKEN_TO_BE_REPLACED

American napalm, that was so four decades ago.

The left loves to excoriate America’s strategic, altruistic, and ultimately flawed foray into Southeast Asia as cynical corporate imperialism. Noam Chomsky is particularly fond of this interpretation. But LBJ’s escalation of America’s participation in Vietnam’s civil war goes hand-in-hand with his beliefs about the ability of government to remake society and the world. The Great Society and Vietnam War were flip sides of the same coin. Champions of the left such as FDR, LBJ, and Obama in recent years, have characteristically opted to ally with corporations to advance their altruistic goals, which creates dissonance within the left driven by a misunderstanding of cause and effect. Corporations become the boogeymen that drive war, when in fact well-meaning, left-wing pipe dreams animate conflicts that corporations then more than willingly accommodate. Conservatives, supposedly so pro-corporate, have made less use of them than liberals.

I digress. Back to Southeast Asia. While the Vietnam War is a favorite topic of American-haters, Vietnam doesn’t share their obsession with getting stuck in the past. The other day The Diplomat published an excellent article that explored both Vietnam’s strategic considerations and its historical consciousness. America’s massive crime of getting involved in that far off land appears to be little more than a blip.
END_OF_DOCUMENT_TOKEN_TO_BE_REPLACED

What Might Have Been: President of the United States

The Plot Against America by Philip Roth is a counterfactual historical novel. The story focuses on a Jewish family by the name of Roth living in an alternative history in which Charles Lindbergh, the Nazi sympathizer, wins the 1940 election on the platform of keeping America out of the war. Despite the consternation of many Jews across America, some prominent rabbis become convinced (not without good reason as it turns out) that Lindbergh’s “Nazism” is calculated to put America in a better negotiating position vis a vis Hitler. Call it politics. Call it the ambiguous future.

Roth’s book emphasizes the unknown. If his story was straight historical fiction, we’d all be able to look up how the story ends. Instead we get familiar ingredients (Nazis, Jews, America, Hitler) but an unclear finale haunts the proceedings. END_OF_DOCUMENT_TOKEN_TO_BE_REPLACED

In 1967 George Kennan, elder statesmen and man-of-letters, wondered about the members of the increasingly boisterous, radical Left found on American campuses. A contemplative man like Kennan naturally clashed with such youth and faced their dismissive ire, but his criticism is as apropos as ever. Simply put, student activists need to stop screaming and start reading.
END_OF_DOCUMENT_TOKEN_TO_BE_REPLACED

Walker Percy in one of his essays discusses how modern man, unmoored from faith, has become an alienated being that can only think of life in terms of sex and death. All we have left are moments of pleasure and the fear of death. It’s a generalization, sure. But in the aftermath of my personal marital catastrophe, I’ve been struck by how many secular friends have suggested I need to just get a girlfriend and get laid. It’s the default response and a crude one at that. Percy got it right.

So here I find myself sitting on the roof in the dark, and from the stairwell bursts a man and a woman. Drunk. Talkative. I’ve had drinks myself but I’m lucid and the man engages me in conversation. Within a word or two I realize he’s gay (Check that, I discover later he’s bicurious. Either way I find the gay inflection as annoying as the macho bro’s style of discourse. Stop putting on an act and talk to me like a goddamn human being. In this way I’m an equal opportunity bigot.).
END_OF_DOCUMENT_TOKEN_TO_BE_REPLACED

The Revenant has some things going for it. For one, the cinematography is beautiful. Tom Hardy proves, yet again, he has acting chops. Leonardo DiCaprio, after much grunting and groaning over the years to get an Oscar, gets a role where he literally grunts and groans his way the whole movie to achieve the allusive gold (really, I want to see the script). The script itself is fine and there are great, dramatic moments throughout, but on the whole it needed editing (over two and a half hours long). What irritated me most, though, was the eye-rolling, ahistoric, cliché moralism of the film.

Yes, it is the historian in me that is annoyed, but it isn’t over presentism (see every Ridley Scott movie) or pedantic historical inaccuracies. Rather, what irks me is the Zinnian tripe in which the white man is the invading oppressor and the red man is the oppressed (not the first time I’ve gone after Zinn the “historian”). Granted, Zinn presents  a fun and simplistic morality tale and as with most morality tales there is a kernel of truth, but in the end, it is just that: a tale, which as expected, has sparked equally obnoxious right wing backlashes. It is a truism among historians that bringing politics into the study of history leads to bad history. And bad history begets more bad history, which, not surprisingly, worms its way into our films. I had hoped a skilled director would have handled the topic with more care, but alas.
END_OF_DOCUMENT_TOKEN_TO_BE_REPLACED

“You see, my dear, I’m the only woman in this joint that really matters.”

On the way home the other day, a fellow carpooler in the backseat began flipping through my school’s IGCSE history textbook. It took a minute before she dismissively asked, “So, where are the women in this book?” I bit my tongue.