The other night I was drinking a beer. I hadn’t enough sense to finish what was left in my tall boy. So I poured it out my window. An impolite act, but I’m four stories up and there was barely a finger of liquid left in the can. Plus it was raining.

Five minutes later I climbed out my window for a smoke while I spoke with a friend on the phone. I got yelled at. “White boy, pouring beer on us!  Quit it! Fucking cracker!” I was confused. The beer I poured out wasn’t enough to even reach street level. But apparently it had. So I got hollered at. No matter, I sat there silent till the howling crowd below settled down. Moments later missiles began to explode around my head. It took me a second or two to understand what was going on. But as egg dripped off my hand I knew. Glancing down I saw fellows winding up and letting fly. The white specks growing larger as they approached my head. I quietly slipped back inside my window. Nothing came of it after that night, although I must admit worrying a bit about a confrontation the next couple of days (my plan: buy them a case of beer and apologize).  Street justice. Don’t pour beer out your window in Harlem. It’s a reasonable rule. Eggs are a good enforcement mechanism. END_OF_DOCUMENT_TOKEN_TO_BE_REPLACED

Walker Percy in one of his essays discusses how modern man, unmoored from faith, has become an alienated being that can only think of life in terms of sex and death. All we have left are moments of pleasure and the fear of death. It’s a generalization, sure. But in the aftermath of my personal marital catastrophe, I’ve been struck by how many secular friends have suggested I need to just get a girlfriend and get laid. It’s the default response and a crude one at that. Percy got it right.

So here I find myself sitting on the roof in the dark, and from the stairwell bursts a man and a woman. Drunk. Talkative. I’ve had drinks myself but I’m lucid and the man engages me in conversation. Within a word or two I realize he’s gay (Check that, I discover later he’s bicurious. Either way I find the gay inflection as annoying as the macho bro’s style of discourse. Stop putting on an act and talk to me like a goddamn human being. In this way I’m an equal opportunity bigot.).
END_OF_DOCUMENT_TOKEN_TO_BE_REPLACED 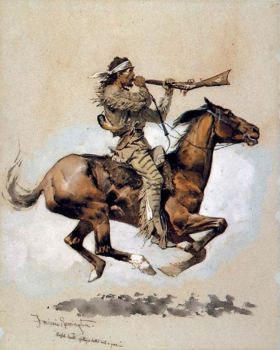 The country folk have strange customs and are a danger to themselves.

In upstate New York they refer to folks from the Big Apple as City-iots. In the Big Apple they maliciously joke about the ignorance and barbarism of the inbred yokels of upstate. The City-iots aren’t entirely wrong. New York’s burned-over district of the early 19th century has now become the Rust Belt and folks there are hard up for Jesus and cash.

Based on the Trump phenomenon, they’re as mad as hell and they’re not going to take it anymore. Who knows where that might lead. I digress. The City-iots definitely have a leg up in more ways than one.

Guns: so much ink has been spilled on the topic, and a good deal of blood (if you pay heed to the media). It is one of the fault lines between country and city. And yet it is one area where the country folk have an advantage. City-iots, for all their intelligence, have an experience gap. Guns, in the abstract, frighten them. But the abstract is not where life is lived. Their general lack of tactile experience, understandable though it is, leads to ignorance and an impasse in the discussion over firearms in society.
END_OF_DOCUMENT_TOKEN_TO_BE_REPLACED