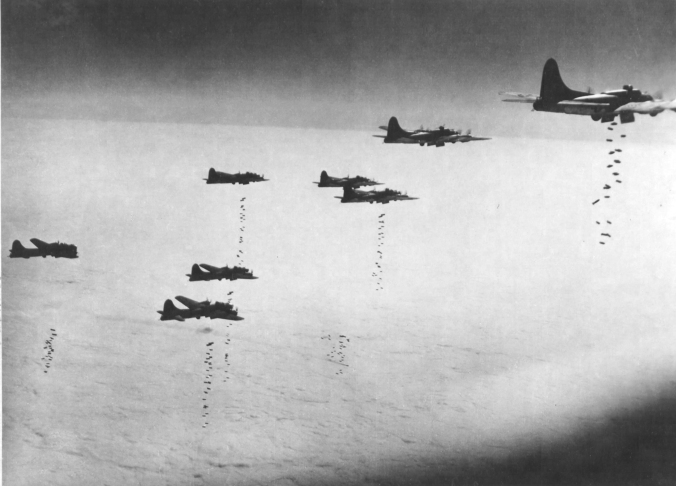 Recently, before the start of class, one of my bright faced Taiwanese students waved me over. “Teacher,” she said, “My friend sent me this ISIS video. You should watch it!” We had discussed ISIS in class, and so, not wanting to squash my student’s growing interest in world affairs, I acquiesced. Plus the clip was only 41 seconds long.

I am not posting said clip. It is simply too grotesque. A prisoner with bound legs and clad in an orange jump suit is seen for a a second or two trying to hop out of the way of a tank. The tank catches the wretch and rolls over him longways. The camera then does a close up survey of the carnage. The most notable image: the flattened mass that used to be the victim’s head.

The video was hardly more outrageous than any of the other killings perpetrated by ISIS. But newspaper reports, the printed word, have a way of concealing even as they reveals. Witnessing someone turned into a red pulp is not quite the same as reading about it. In those brief seconds you viscerally and vicariously experience the terror of the imminent end, the obliteration itself, and the remains—all in 41 second.

But why this reaction?  Granted, it is gruesome, but really, is there that big of a difference between rolling someone over with a tank versus blowing them up? Dead is dead. In fact, ISIS’ tank method is a precision strike compared to the collateral damage caused by America  over the years. Yes, if ISIS had the ability, they would wreak havoc on the West on mass scale, but if you’re strictly considering body-counts, America acted barbarically after 9/11, blowing up Muslims all over the world on a daily basis. But let us hold off on charges of hypocrisy for a moment.

I think there is another facet to the horror I experienced watching this video. Violence and war and the West has become relatively sterile. Abortion and capital punishment are medical procedures. When we wage war, we do so from high in the air, above the smoke and carnage. Our tech soldiers man drones and kill with impunity. One second dancing little figures on the screen are alive and breathing, the next they disappear and the target is “neutralized”—newspeak for strewing limbs and reducing hundreds of bodies to smoking hunks of meat. Meanwhile the kids that fight for ISIS sharpen their knives and slash throats and let the warm blood flow over their hands—a precision strike if there ever was one. The body count disparity, again.

So, hypocrisy? I suspect partially, yes. But there’s something else going on here, which I think the historian Victor Davis Hanson helps explain in part. In his book Carnage and Culture, Hanson argues that Western culture (individualism, rationalism, capitalism, citizenship) combined with an emphasis on the decisive battle, discipline in the chaos of battle, and the annihilation of the foe, has  made Western armies for millennium the most deadly in the world. And yet, despite the cold-blooded murderous efficiency of Western armies, they still played by rules.

Almost as a general rule, Japanese soldiers, well after the killing on the battlefield had ceased, would go onto butcher and torture surrendering and unarmed captives…with far more frequency than either the British or the Americans. The Allies had nothing comparable to Japanese concentration camps, where macabre medical experiments and routine shooting were not unusual. True, the Americans would eventually engage in brutality on a far great scale, as the firebombing of the Japanese cities and the nuclear attacks on Hiroshima and Nagasaki attest. But in  American eyes–and this was entirely characteristic of the Western way of war that had originated on the daylight killing fields of ancient and Greece…–its indiscriminate carpet bombing was far different from murdering prisoners.

The Allies killed on a massive scale, but almost exclusively through open and direct assault, with veritable notification of intent, often in reprisal, and under hostile fire–not customarily in camps or after the firing had stopped. Japanese anti-aircraft and fighters attempted to shoot down parachuting bombing crews, who were usually executed upon forced landing in enemy territory. To Americans, the Japanese were ‘free’ in open combat to prevent bomber attacks on their urban and industrial sites. They knew the American planes were coming, and they should expect retaliation for starting the war and waging it in China and the Pacific in a most beastly and cruel manner. The Americans further reasoned that as long as they were killing during the actual exchange of gunfire, and doing so as part of an effort to wreck the military-industrial base of imperial Japan, all was more or less fair in pitched battle. In contrast, the Japanese simply counted the dead, and figured that hundreds of thousands more of their own innocent civilians had died from American bombs than American captives tortured and executed by their camp interrogators and guards.

This dichotomy was true enough of all East-West engagements in the history of warfare: Westerners decried summary executions and torture of their captured defenseless combatants, while their own far better-armed and equipped forces openly and ‘fairly’ butchered thousands during the fighting. Non-Westerners saw such machine-gunning, artillery barrages, and carpet bombing against their own relatively ill equipped soldiers and even more vulnerable civilians as barbaric–even as they often mutilated executed prisoners of war. In that sense, for example, Hernan Cortes and Lord Chemsford were outraged when Aztecs and Zulus tortured and killed captives, but themselves thought nothing of riding down and spearing from the rear thousands of poorly protected Native Americans and Zulus in the heat of battle. To the Americans, firebombing and incineration of nearly 200,00 Japanese soldiers, workers, and civilians in a  single week over Tokyo during March 1945, while sending Japanese captives to relatively humane prisoner-of-war camps in the American heartland, made perfect military sense; to the Japanese, the murder of downed B-29 pilots, often by summary beheading, was small recompense for the cremations of hundred of thousands of their kin.

So here we have a thought: historically, for the West, it isn’t about how many are killed as much as how they are killed. This isn’t insanity. It’s the idea of due process in a particular context. Ironically enough, if bodycount is the sole judge of morality, ISIS has a leg-up on us. But I think as Hanson points out here, that’s not the best calculus.

In the West, war has been fought by an informal set of rules. Conflict must take place on the battlefield between opposing armies. And on the battlefield all is fair. Once the combat ends, though, you treat the captured and the occupied with restraint. The foe no longer has the ability to resist, so why keep killing? Only a coward would slay in such a fashion. And only a coward and fool would stoke the fires of internecine war.

Yet, the way the West has waged war, is such gluttonous slaughter necessary? Perhaps. The totality, violence, and dominate victories America won over her enemies in WWII, for instance, led to an era of unprecedented peace (the minor conflicts during the period pale to what preceded or what could have erupted between the USA and USSR). Such peace is most common when the geopolitical power structure is most clearly defined and that definition only emerges with decisive victory. The alternative is something akin to what we witness during Europe’s tumultuous 18th century: perpetual war, violence, and death, without decisive victory and decisive peace.

In other words, faced with the necessity of armed conflict, the West tends to perpetrate great violence in its wars as the solution to festering, long-term conflict—the lesser of two evils.

The problem is that while Western-style decisive war can bring us lasting peace against traditional state actors, it is ill-suited to wage fourth generation, low intensity wars. After 9/11 America’s response was predictable: if you mess with us in a cowardly way (killing our civilians), we will violently destroy  your ability to wage war on us. Lasting peace could only be won by backbreaking violence. Granted, America’s overwhelming power and precision weaponry limited civilian causalities, but the emphasis on obliteration of the foe remained. In this way Gulf War II was a classic, Western war in the opening stages of the conflict. America’s combined arms decisively obliterated Saddam’s army before setting about to reconstruct the country. More so than Korea or Vietnam, America at last had a war that resembled World War II. But this turns out to be not so.

The conceit of the modern, American state, is that the foes we defeat can be remade in our image just like Germany and Japan. But this ignores the fact that Germany and Japan, for their own particular reasons, had a societal and political structure that were apt for reform after a bludgeoning. The states we have obliterated in a very Western way as of late (Iraq, Afghanistan, Libya, even Syria) are not the sort to submit and reorder themselves along peaceful lines once the destruction is wrought. In this sense, our style of decisive, overwhelming warfare makes us ill-suited for the fourth generation wars we now find ourselves fighting.

So some contemplation is in order. The foes we struggle against, once obliterated, will not naturally slide into peace loving democracies once we set up a constitutional system. They simply don’t have the historical experience for it. The lands ruled by ISIS, even if we approach them with a Western mentality of war , total destruction, will still be lawless. And this is where, back to the original article I linked to, maybe our best bet is to contain, and let the Middle East burn itself out on its 17th century European wars of religion. Western, total war is of no avail.

And that’s where, at this point, stability is to be prized more than liberty. A nationalistic tyrants’ lust may be checked and satiated, he may be deterred and defeated, but it’s the religious extremists, with all of their head-chopping, subversion, and horrific abuse of helpless prisoners, that is far more grotesque than an all out war in which the combatants are known and the terms of engagement are clear. They must solve their own problems. Western war will not.

In the end, war is a blunt instrument that, if used to solve nuanced cultural problems, creates more havoc than order. As Russell Kirk would say, order is the first need of all. Bombs may destroy foes, but they do not necessarily create a new order, however imperfect, that may yet be stable.

If we someday return to a old fashioned war between sovereign states, it’ll be interesting to see how the West fairs against the rising East.