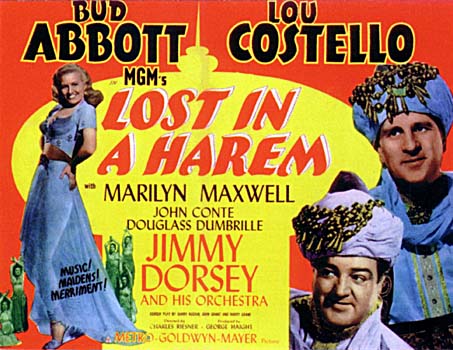 The other day two Russians raised their hands and in unison asked for pencil and paper. I’m usually an easygoing teacher, but when given the opportunity (i.e. breaking one of my three rules), I ream my students out, and that’s what I did: “I wake up every morning at 6:20 so I can be here on time to teach you! And when I show up, I’m prepared! Show some respect, and show up prepared yourself! Bring your own stinking pencils to class! And, no, I’m not giving you a pencil! Find one yourself!” I never yell, and I’m not mean, but students get the point. In this instance, the Russian students begin inquiring around while I fired up the powerpoint.

I said “Russian” but really what I meant was an ethnic Korean raised in Kazakhstan, and a Tatar, who were both native Russian speakers. (Its easy to forget that Russian influence and culture is bigger than Russia proper.) After a minute of searching, the Korean, Kazakhstani Russian speaker raised his hand, and upon acknowledgment asked, “Mr. Bellewether, are you Jewish.” Confused, I answered in the negative. “Why?” I asked in clarification. A come-on-you’re-not-stupid look spread across his face and he responded: “Paper, pencil…so cheap.”

Speechless I covered my mouth with the papers and stifled a laugh.

Having worked at my school for a number of years, I have grown accustomed to comments like this. Of course I correct them. I emphasize the intellectual dangers of stereotyping. I also warn them that such comments  will get them destroyed by the PC police in an American university. But my objections do little to change the under-girding assumptions.”Ok, ok, fine, Mr. Bellewether,” they implicitly communicate, “we won’t say it out loud, but whatever, we all know Jews are penny-pinchers.” Oddly enough, I am often the one that leaves these exchanges feeling like the strange one.

Clearly such joking crosses the microaggression line according to modern American sensibilities. What mystified me about these exchanges, though, was the lack of malice in the joking. My American mores were all a jumble. Such jokes were the signal of festering antisemitism and must be squashed, right? But maybe, I thought, something else was going on. And then it occurred to me: the tone in which my students joked about Jews was very similar to the one people take when joking about in-laws. Sure, they’re annoying, and really, they are annoying, but no one wants to kill them and in fact maybe the in-laws aren’t all that bad. The joke isn’t tongue in cheek. They mean the joke and propagate the frugal Jew stereotype, but they do so with confidence that the stereotype is true and therefore funny and fair game.

One might say that such joking sows the seeds of future discrimination and violence. Perhaps, but such humor can also alleviate tension. As the pop philosopher Slavoj Zizek would say, we must practice reverse racism (yes, he’s pop so take it with a grain of salt, but the millennials seem to like him so that’s something). The ability to laugh at ourselves and each other gives us the chance to take ourselves less seriously. In Zizek’s case, he’s talking about his friends of different nationalities participating in a “shared obscenity”. In my students’ particular case, the ring-leader of the Jew-jokers is himself a secular Jew. And in this way, the Russian speakers and the Jew found solidarity through the joking.

Speaking of this particular Jewish student, he pulled a stunt the other day that earned him the unique punishment of apologizing in front of the entire school body for racial and cultural insensitivity.

Over the winter break he went to Dubai and while there purchased a thawb and keffiyeh (traditional Arab garb). As a joke, he decided to wear said clothing to lunch last week. The male Arab students found this tremendously amusing and helped correct the Jew’s keffiyeh, which he had haphazardly wrapped around his head. But one female Islamic student took issue with this and complained to the Caucasian dean of discipline. And thus the punishment was handed down to the Jew: apologize in front of the whole school. The kid is taking it all in good stride despite calling the punishment “bullshit”.

But this is where the situation descends into farce. His counselor found the whole episode hilarious, but warned him that “he was scaring people.” An ambiguous statement if there ever was one: did she mean that Arab garb could be misunderstood as terrorist garb, or merely that offensive  garb was “scary”? Who knows. The farce gets better. The Jews Armenian friend declared with mystified look on his face: “The dean is making him apologize, but the dean dressed up as Jesus for Halloween.”

So here we have a Caucasian male, who dressed as a Jew for Halloween, punishing a Jew for dressing like an Arab. We also have minorities scrapping with minorities on offense charges and asking an offensive Caucasian to come in and straighten things out. Highschool boys can be utter barbarians, but they can also cut through the crap. The whole situation was ripe with hypocrisy.

But back to the young Islamic student that sounded the original alarm bells. I do not know her background and the Jew’s outfit may have triggered something with her beyond the obvious. High school students are temperamental enough when at home, let alone when they’re shipped to the other side of the world for their education. And granted, in the future, she will not always have the luxury of running off to the dean of students. And so at one level, I suspect there may be some degree of just cause for her reaction.

What makes us intellectual beings, though, is the ability to hear something we find objectionable, experience the emotional angst, but then think through whether or not that angst is justified. We can transcend our feeling and look at the situation dispassionately. Do our feelings make sense? Are we experiencing racism or not?

But we are talking about humor, here. The comedian’s mirth derives in many ways from mocking social norms– by playing with and poking at stereotypes. Further, it is the willingness to transgress such mores that can paradoxically reinforce the mores.

Can we accept a joke? Can we laugh at ourselves? In modern America feelings of offense tend to triumph over all. But a tolerance-obsessed society can quickly become a humorless, angry, rigid, doctrinaire society. Even the Puritans of New England enjoyed their beer. Is a world in which Russians and Jews can’t tease each other really a better world?

From the mouth of silly, high school babes, an unasked for solidarity exists among my students as they playfully mock each other. In this way I think Zizek is right. If a Jew, Arab, and White Guy walked into a bar, I’d hope they could share a chuckle at each other’s expense. Indiscretion is advised.

A student once got huffy with me about how sensitive Americans are. I cautioned her against generalizing, to which she responded, “See, you’re being all sensitive!” Americans can be very jumpy.